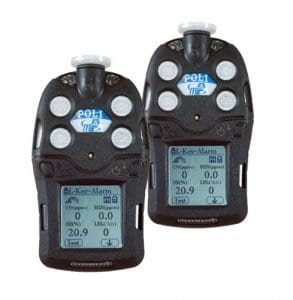 mPower Electronics introduces the POLI simulator, a mobile training app that simulates all the functions of a POLI multi-gas detector without the need to have an actual detector on hand.

This interactive app demonstrates all the important features that safety managers and field workers need to know to operate and maintain the detectors. “The POLI app is a handy tool for people who have never used our detectors, as well as those who would like a refresher course about their use,” says Hong Sun, mPower president.

With the app’s interactive tutorial, users can navigate through the multi-gas detector interface just as if they were using the actual device.

Another valuable feature of the app is the Alarm Summary, which demonstrates all 13 audio, visual and vibration alarms supported by the device, so users learn how to differentiate them when working in the field. POLI app also includes an explanation of key features and applications, as well as maintenance and troubleshooting advice.

The app supports six languages and is available in both Android and iOS versions. Users may scan the following QR Codes to downloaded the app via Google Play or Apple’s AppStore at $1.99.

Although the app was developed for training purposes, it has proven to be a useful tool for the mPower sales channel, who can leverage it to provide product demonstrations to potential customers without being constrained by location or availability of demonstration units. “Now I can show customers all the features of the POLI gas detector anytime and anywhere,” says Dr. Werner Haag, Chief Chemist and Training Instructor who contributed to the app development. “The realistic interface helps customers understand the ease-of-use of the detector, as well as the great features.”

This website uses cookies to improve your experience while you navigate through the website. Out of these, the cookies that are categorized as necessary are stored on your browser as they are essential for the working of basic functionalities of the website. We also use third-party cookies that help us analyze and understand how you use this website. These cookies will be stored in your browser only with your consent. You also have the option to opt-out of these cookies. But opting out of some of these cookies may affect your browsing experience.
Necessary Always Enabled

Any cookies that may not be particularly necessary for the website to function and is used specifically to collect user personal data via analytics, ads, other embedded contents are termed as non-necessary cookies. It is mandatory to procure user consent prior to running these cookies on your website.